The City Commission acts as the legislative branch of city government. The City of Marquette elects seven commissioners during non-partisan, city-wide elections. Every year, the Commission elects one of its members to serve as mayor and one as mayor pro-tem. The Mayor Pro-Tem is authorized to act on behalf of the Mayor in the Mayor’s absence. Commissioners serve three year terms and may not serve more than two consecutive terms in office. The City Commission has the power to hire a city manager and city attorney, and to appoint citizens to serve on numerous advisory boards and commissions. All official action of the Commission is accomplished through ordinance, resolution, motion or order. The duties of the Commission are to represent the citizens of Marquette, establish policies and approve the budget. By law, the City Commission must conduct city business at public meetings held at least twice a month. Meetings are usually held in the City Hall Commission Chambers and the public may make comments or submit petitions on relevant issues. 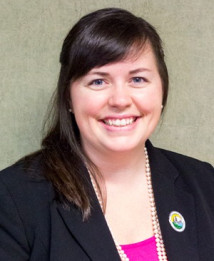 Jenna Smith began serving on the Marquette City Commission in December 2017. She was born and raised in Marquette. She went on to attend the University of Michigan where she earned a degree in Psychology and Environmental Studies in 2008.

After graduating from college, Ms. Smith moved to Boulder, Colorado and worked in the finance industry for 5 years. When she moved back to the Upper Peninsula in 2014, she worked for Michigan Works in Escanaba, Houghton and Marquette. She is currently a Human Resources Manager in the area.

Prior to serving as a City Commissioner, Ms. Smith was the Vice Chair of the Marquette Housing Commission. She is also an active member of the 40 Below Young Professionals and is a graduate of the Lake Superior Leadership Academy.
Ms. Smith lives in Marquette with her husband, Lou, and their daughter, Olive. 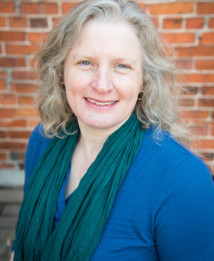 Commissioner Hill was elected to the Marquette City Commission in November 2018. Raised in small town Illinois and Indiana, her family vacationed most summers at Cisco Lake in the western UP, making her the third generation to fish in the UP. She brings 25 years’ experience in community service in roles ranging from volunteer to Executive Director to park ranger to grantmaker.

A love for learning, and the chance to play college basketball, took her to Barnard College in New York City. She graduated in 1988, worked as a paralegal and outdoor educator, then enrolled at the Massachusetts Institute of Technology, completing her master’s in city planning in 1995 to study how communities can make sustainable decisions. She worked for the Massachusetts Director of Water Policy then helped to start nonprofits in environmental business and advocacy, public health, and science education.

She returned to the Midwest in 2005 to be near family and to pay off education loans. She and her husband, Andrew Dalian, became full-time Marquette residents in 2014, where she has coordinated workshops on energy costs and climate change and helped establish the City of Marquette’s first Public Arts policy. Since the 2016 election, she has volunteered to organize rallies and marches to celebrate democracy and civil rights. 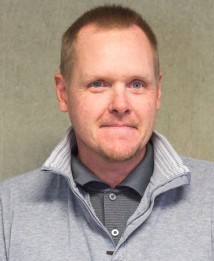 Peter Frazier was elected to the City Commission in November 2014. He was born and raised in Marquette. He attended Ferris State University where he received a degree in Heavy Equipment Service Engineering Technology.

Prior to his election as a City Commissioner, Mr. Frazier was involved as a member of the Presque Isle Park Advisory Committee. He was very involved in the ongoing project to build a universally accessible playground that will hopefully one day serve children of all abilities. He also volunteers on the Friends of Presque Isle group and with the Lake Superior Theatre. Peter is employed at Fraco, Inc. in sales and delivery and also works at the Lake Superior Yacht Yard.

Peter White, his Great-Great-Great Grandfather, believed in working to preserve and protect our valuable resources. Peter hopes to continue that tradition. Peter lives in Marquette with his daughter, Petra. He is an avid boater and enjoys hiking, skiing, kayaking and traveling with his family. 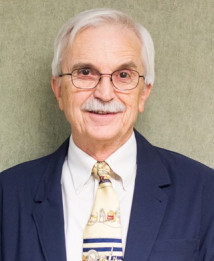 Commissioner Stonehouse was elected to the Marquette City Commission in 2017. He previously served from 2008 - 2014. He graduated from Northern Michigan University in 1970 (BS) and 1977 (MA). He is best known for his work as a maritime historian, authoring numerous books and articles and appearing on various national television documentaries. He is also the recipient of the 2006 Association for Great Lakes Maritime History Award for Historic Interpretation and the Marine Historical Society of Detroit’s 2007 “Historian of the Year.” He also received NMU’s Distinguished Alumni Award in 2014. He has taught Great Lakes maritime history at Northern Michigan University and is an active consultant for numerous Great Lakes oriented projects and programs. 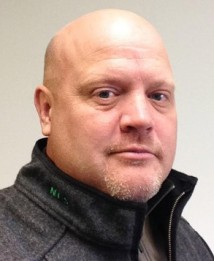 Commissioner Paul Schloegel was appointed to the Marquette City Commission February 2018, to fill the seat vacated by the passing of Mayor Tom Baldini. He is a native of Menominee MI, and has been a resident of Marquette for 26 of the last 28 years ever since 1990 when he attended Northern Michigan University. Paul obtained his degree from NMU with a BS degree in Public Relations and a minor in Political Science.

Prior to the City Commission he served 6 years on the Presque Isle Advisory Board and 5+ years on the Planning Commission. He was also the BZA liaison for 14 months while serving on the Planning Commission. Paul has always been very passionate about serving his community. Paul was the founding President of the Marquette Area Junior Chamber of Commerce and active member for 10 years. He has also been a Deacon and is currently a Serving Elder at the First Presbyterian Church.

Paul has been the GM of Northern Energy Solution’s, an insulation and energy optimization company located in Marquette since 2013. He is married to wife Elizabeth and has two daughters, Courtney Tallio and Abigayle Schloegel. 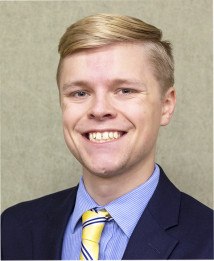 Evan was elected to the City Commission in 2019. He grew up in Marquette in a working-class family and attended Marquette public schools. He was originally inspired to pursue public service by his parents – his father was a deputy sheriff, and his mother worked as a secretary for the Marquette Police Department and served as a police union vice president, PTA president, and church preschool president.

After graduating from Marquette Senior High School in 2015, Evan attended Harvard University on a need-based scholarship, where he earned a B.A. in Government. Before being elected to the City Commission, he served for a total of 4 years on the Parks and Recreation Advisory Board, the Brownfield Authority, and the Sustainable Community Committee. Elected at the age of 23, he is possibly the youngest person to serve as a Marquette City Commissioner. He currently works for Marquette County as an Assistant to the County Administrator, and is a Lead For America Fellow.

Evan helps coach the MSHS We The People civics team and enjoys playing soccer, Nordic skiing, and reading. Most of all, he loves spending time with his girlfriend Aubrie Jacobson, a local pianist and graduate student at the University of Wisconsin-Madison – they have been together since they were in the eighth grade. 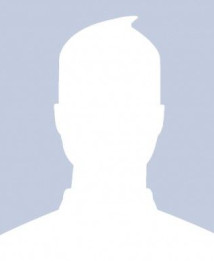 Policies as determined by the City Commission.

External link to the City Charter hosted on Municode.

WHEREAS, the citizens of City of Marquette, along with the rest of Michigan, are facing an extraordinary time of disruption to their daily lives and routines due to the COVID 19 outbreak and the “Stay Home, Stay Safe” Executive Order (EO 2020-21) and;

WHEREAS, in addition to physical health, the mental and emotional wellbeing of Marquette is of paramount importance to the City Commission and the community and; .

WHEREAS, the Mayor and City Commission feel it is important that the City provide an outlet where residents and families can provide comfort and safely interact with each other; .

NOW, THEREFORE, I, Jenna Smith, Mayor of Marquette, do hereby proclaim the start of the “Marquette Moment” community initiative where every evening at 6:30 p.m. residents and families are encouraged to come out of their homes, wave to neighbors, visually check in with each other, and generally provide comfort and safely interact with each other within the guidelines of proper social distancing. .

Tonight marks the first "Marquette Moment" - at 6:30 PM each night, the City Commission is encouraging you to step outside your front door and take a moment to visually check in on your neighbors - wave, say hi, ask them how they're doing, etc. while continuing to comply with social distancing. We think this is a great way to safely look out for one another and decrease the sense of social isolation and loneliness that weeks of sheltering at home can foster in many of us (myself included). Please participate, share on social media, and let your friends and neighbors know about the Marquette Moment at 6:30 PM each night! ... See MoreSee Less