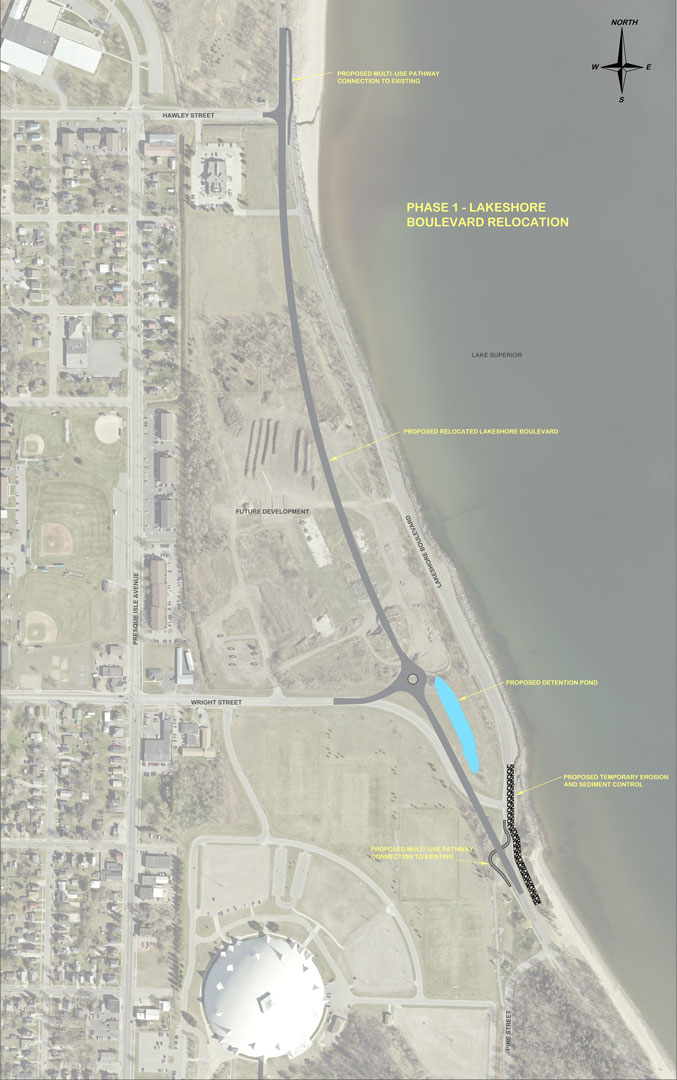 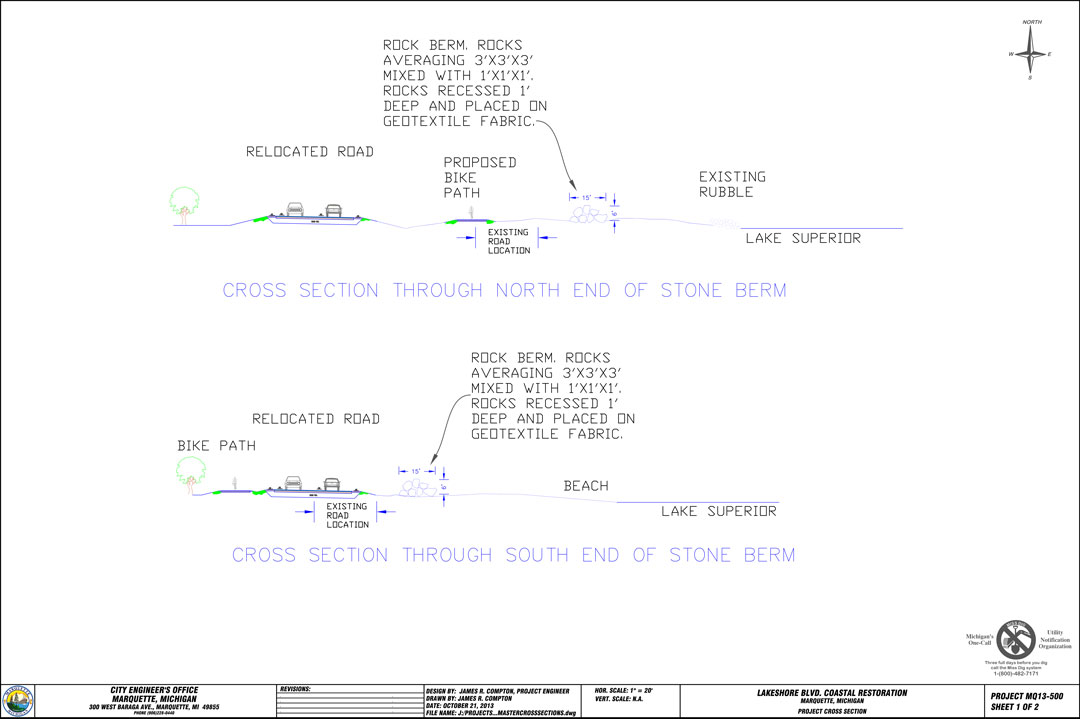 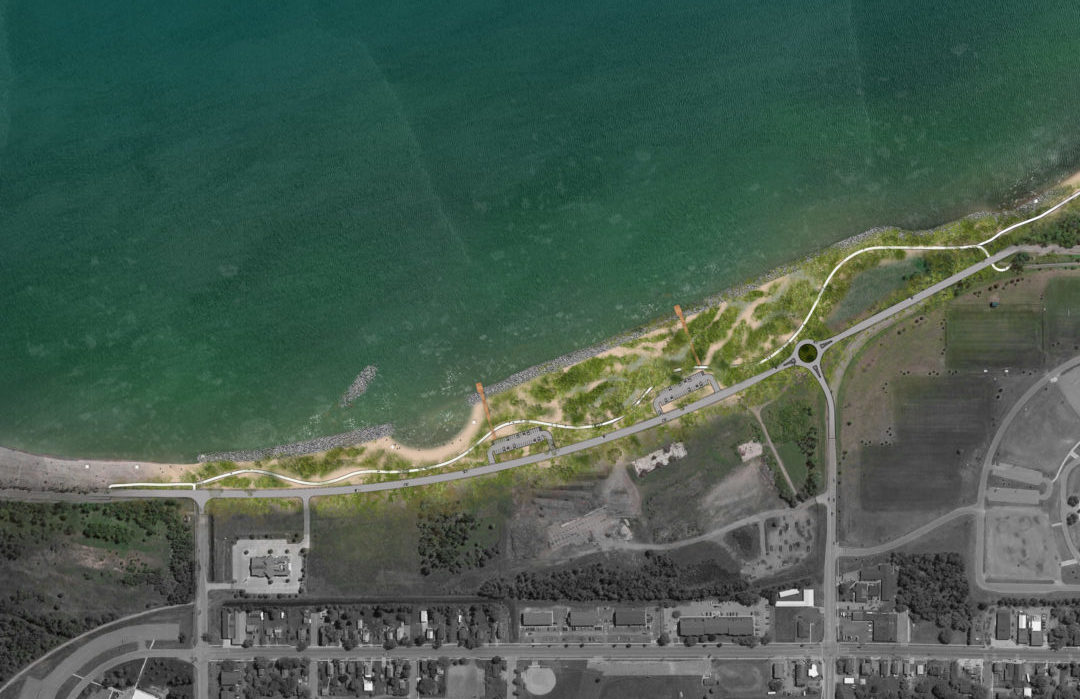 On January 19, 2021, the City Commission held a work session to discuss Phase 2 of the Lakeshore Boulevard project.

On January 2, 2020, the City Commission held a work session to discuss the history and future of Lakeshore Boulevard, as well as portions of the lakeshore along South Lake Street and Presque Isle Park. 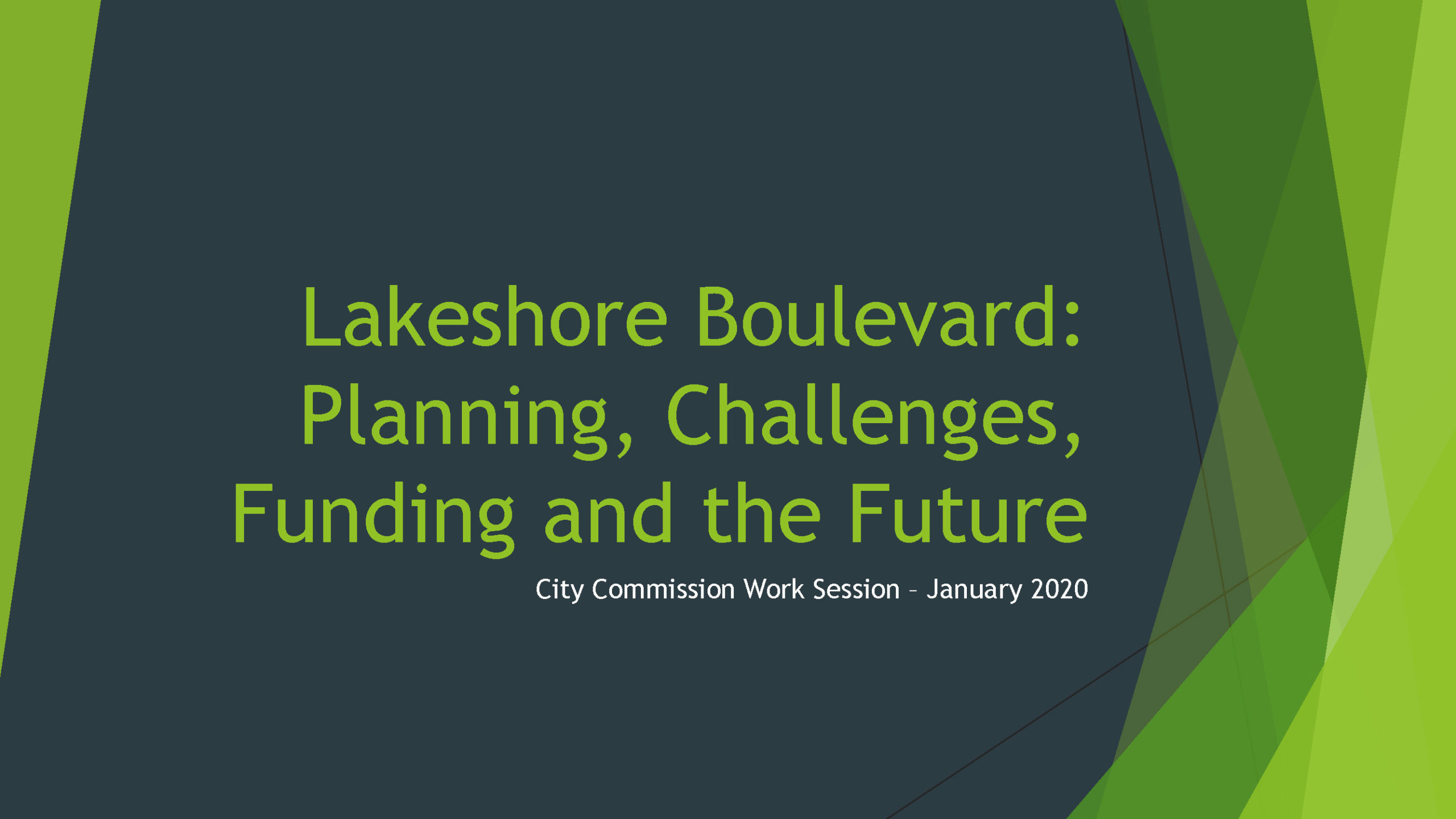 On May 7, the City Commission conducted a special meeting to make a decision on grant funding for Lakeshore Boulevard.

The agenda for this meeting can be found here.

On April 3, City Staff conducted an informational session, aimed at educating the public about the proposed Lakeshore Boulevard project.

This session included an explanation of the project by City staff and provided an opportunity for residents to review the basics of the proposal. 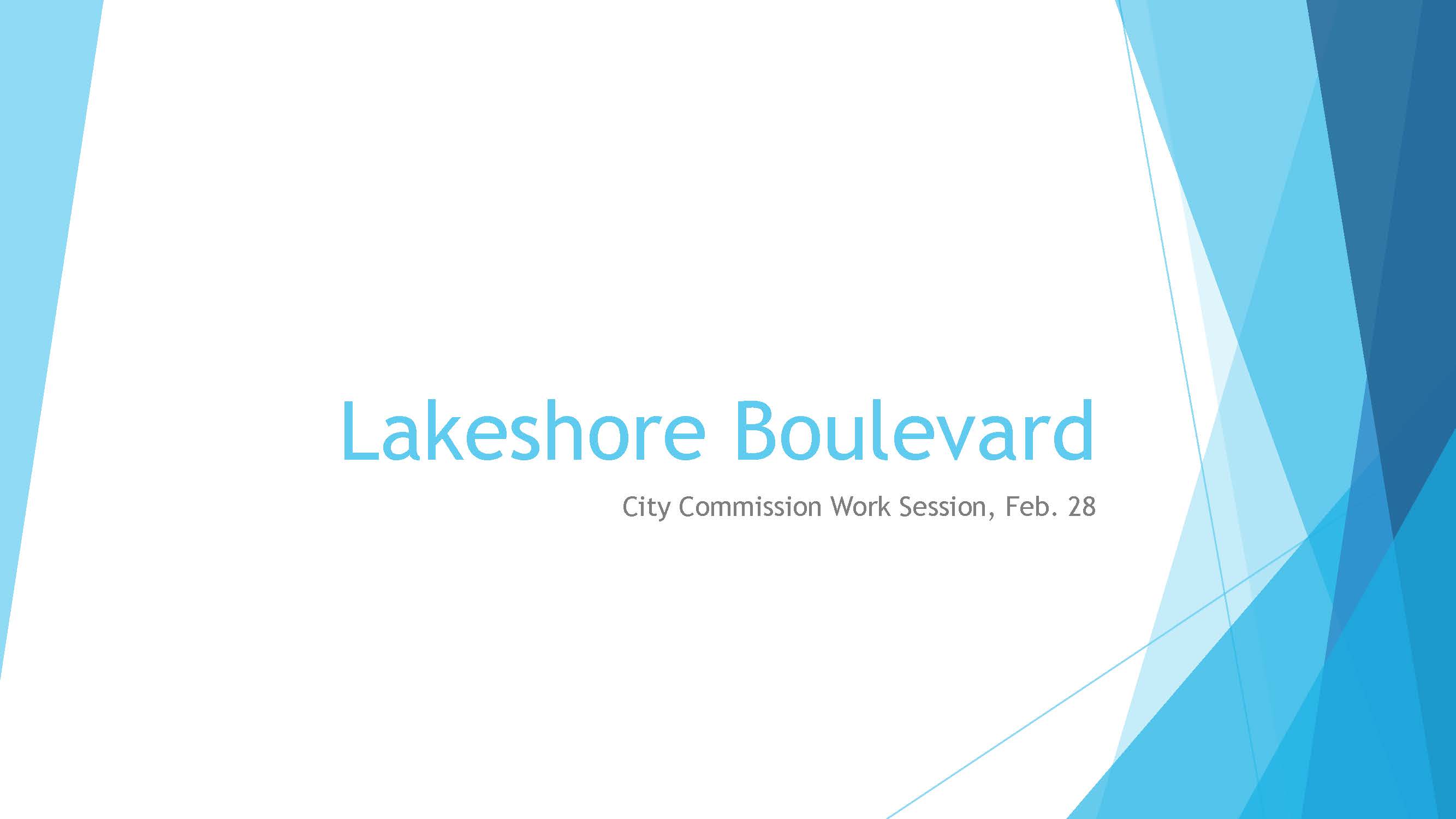 During the intense storm on October 16, 2019 and subsequent storms, the shoreline along Lakeshore Boulevard from Fair Avenue to Pine Street sustained heavy erosion damage from wave action and the storm surge of Lake Superior. At the October 28, 2019 regular meeting of the City Commission, action was taken by the Commission to hire Smith Construction to place up to 1,400 linear feet of rock armor along the coast, starting just north of Fair Avenue, in order to protect the City infrastructure including Lakeshore Boulevard.

Following the completion of the project, the City experienced another intense storm on November 27 where the coast was directly impacted by 20’ plus waves. The shore armoring did its job in the sense that the road is still intact along this section of Lakeshore Boulevard whereas the section of Lakeshore Boulevard from Wright Street to Hawley Street experienced catastrophic failure during the storm. The coast, including portions of the new armoring did experience some damage and must be repaired and strengthened to maintain its effectiveness.

Staff reached out to Smith Construction who had just completed the project and requested a proposal to remediate the damage to the armoring in order to ensure that the integrity of the road is preserved. The proposed remedy places additional armoring at a unit cost of $800 per load of rock. It is estimated that it will take 70 loads to restore the original armoring.

The City Commission approved an additonal $64,400 in emergency funding at their December 9, 2019 meeting.

Notice: unserialize(): Error at offset 8235 of 163066 bytes in /home/mqtcty/public_html/wp-content/plugins/fresh-framework/framework/extern/freshizer/freshizer.php on line 644 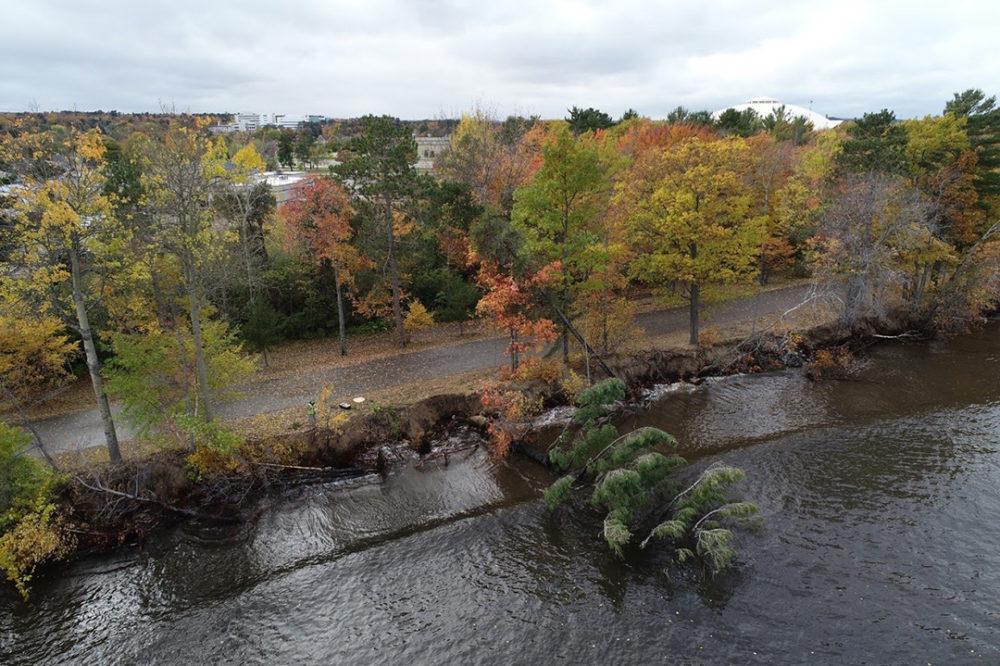 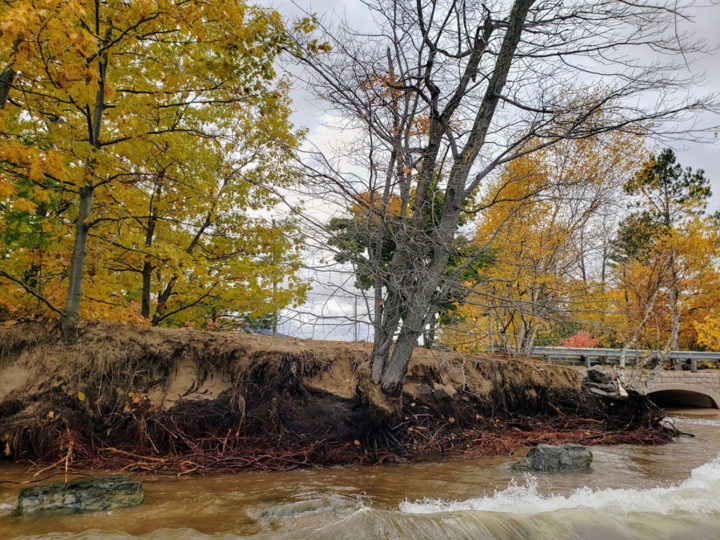 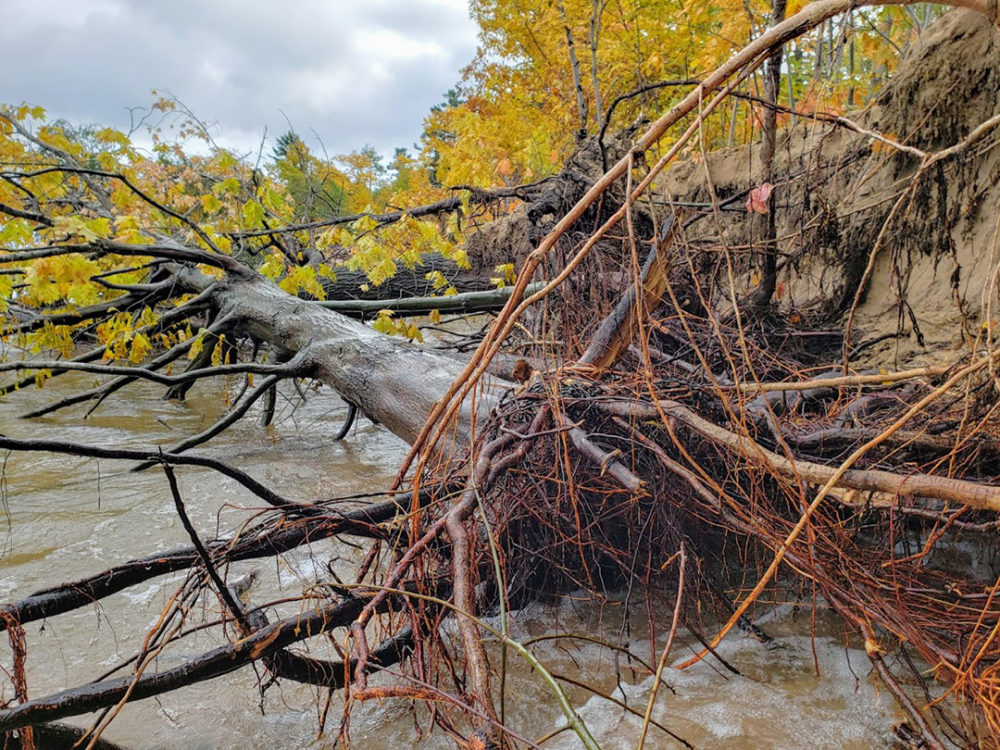 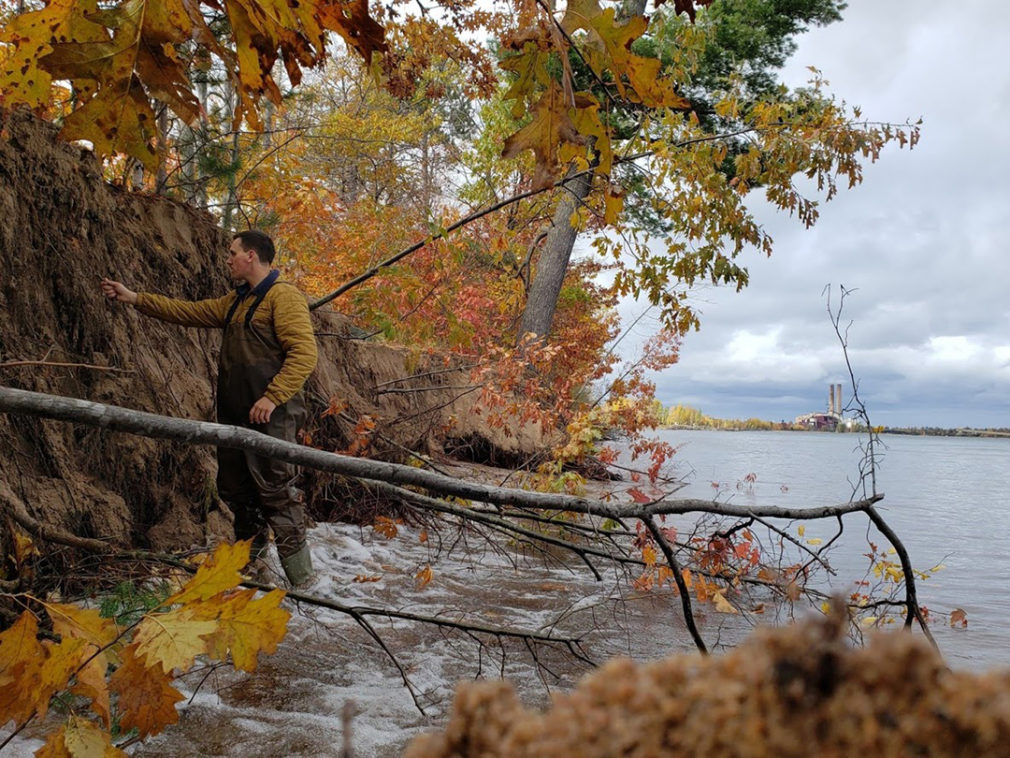 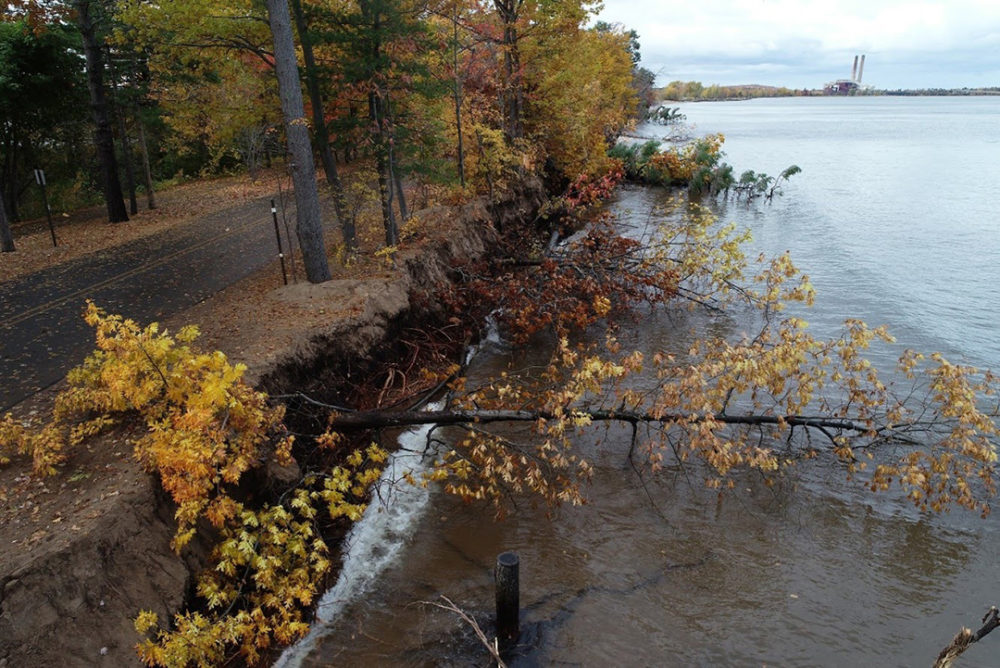 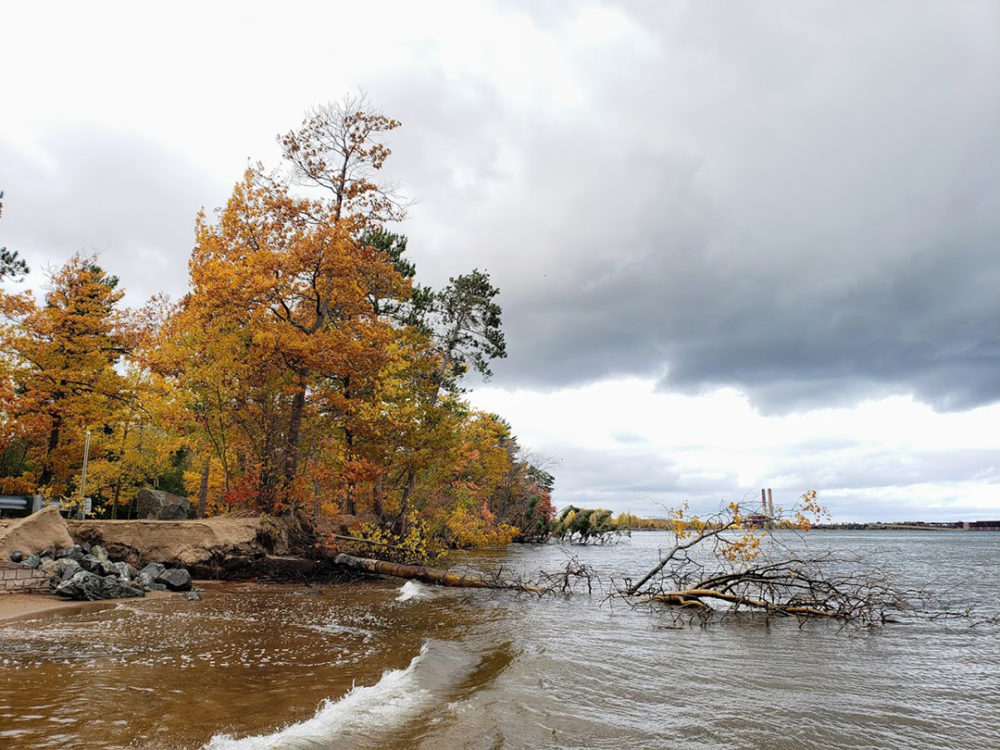 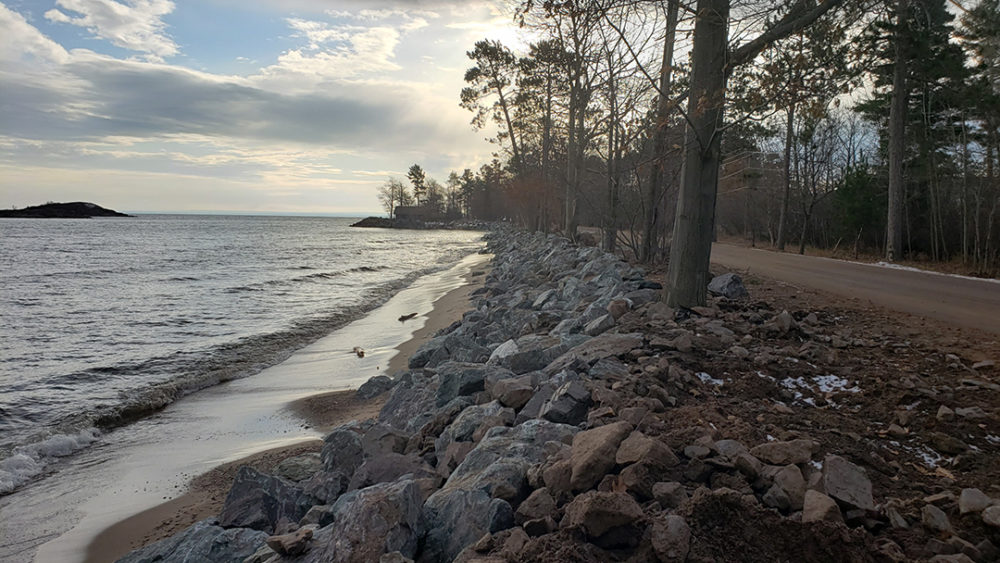 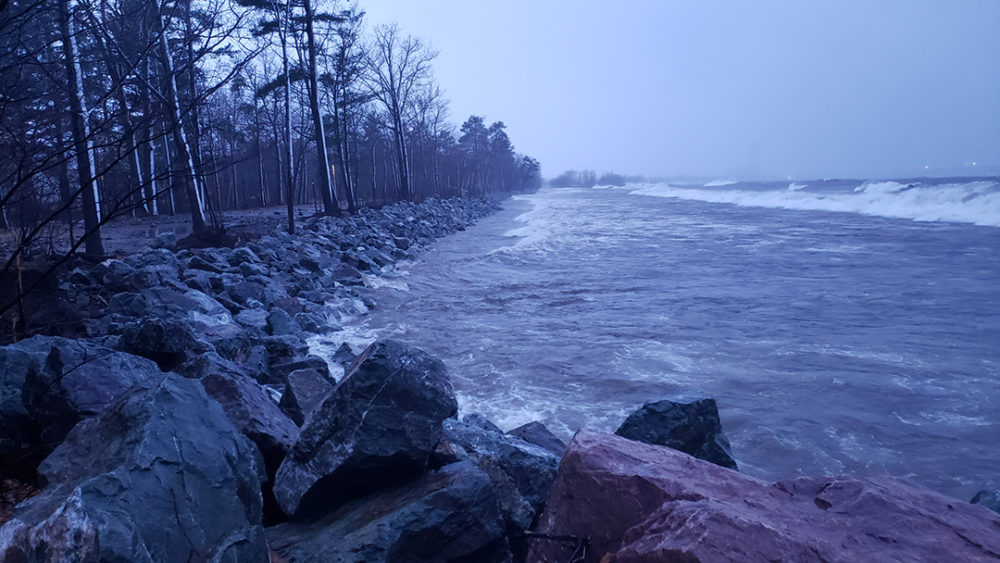 Notice: unserialize(): Error at offset 15755 of 17229 bytes in /home/mqtcty/public_html/wp-content/plugins/fresh-framework/framework/extern/freshizer/freshizer.php on line 644 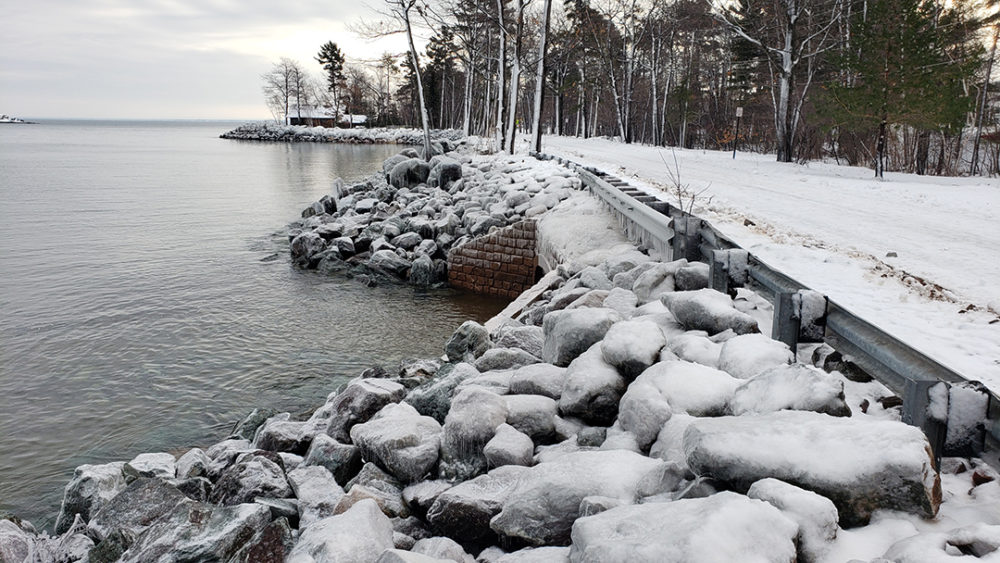 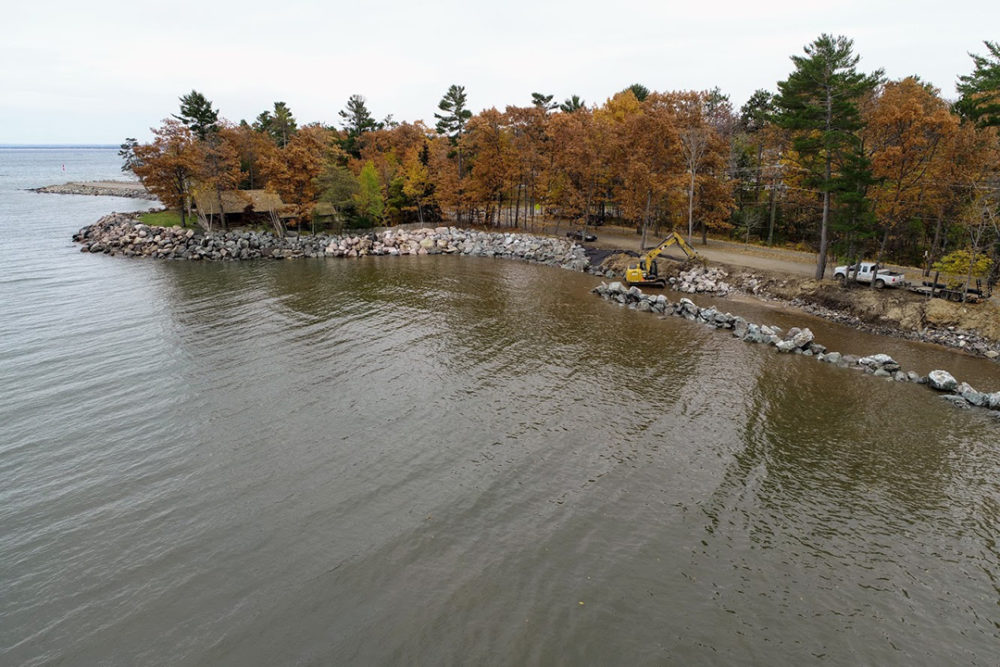 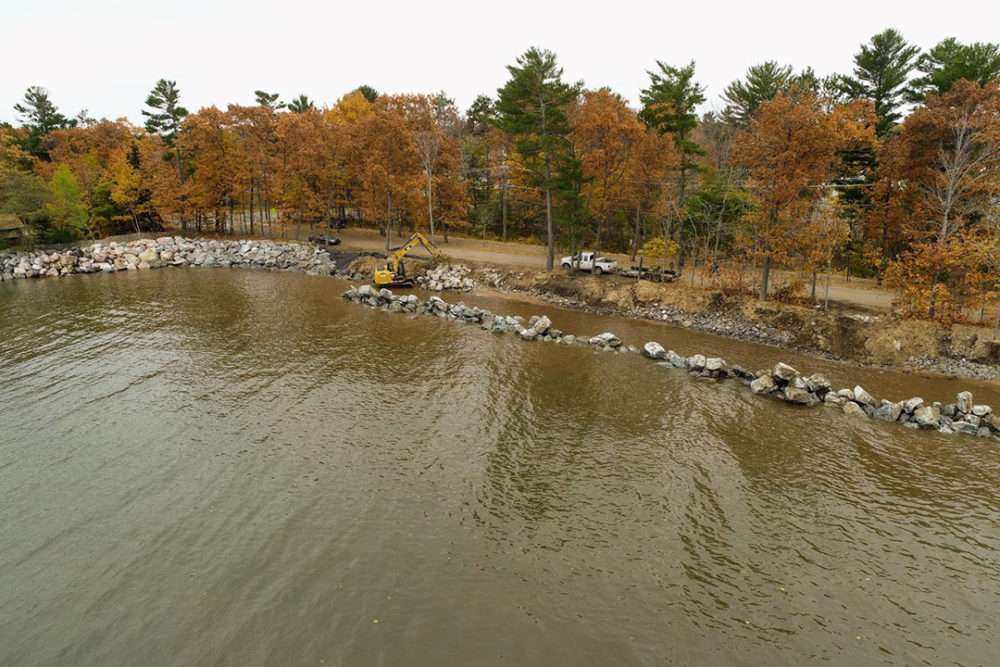 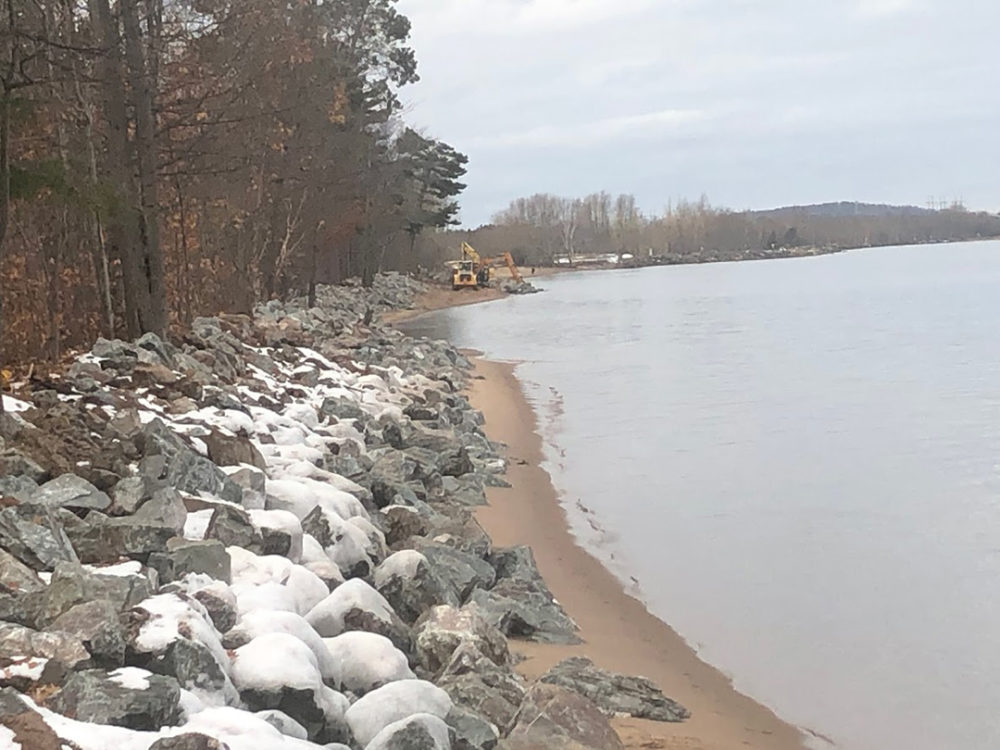 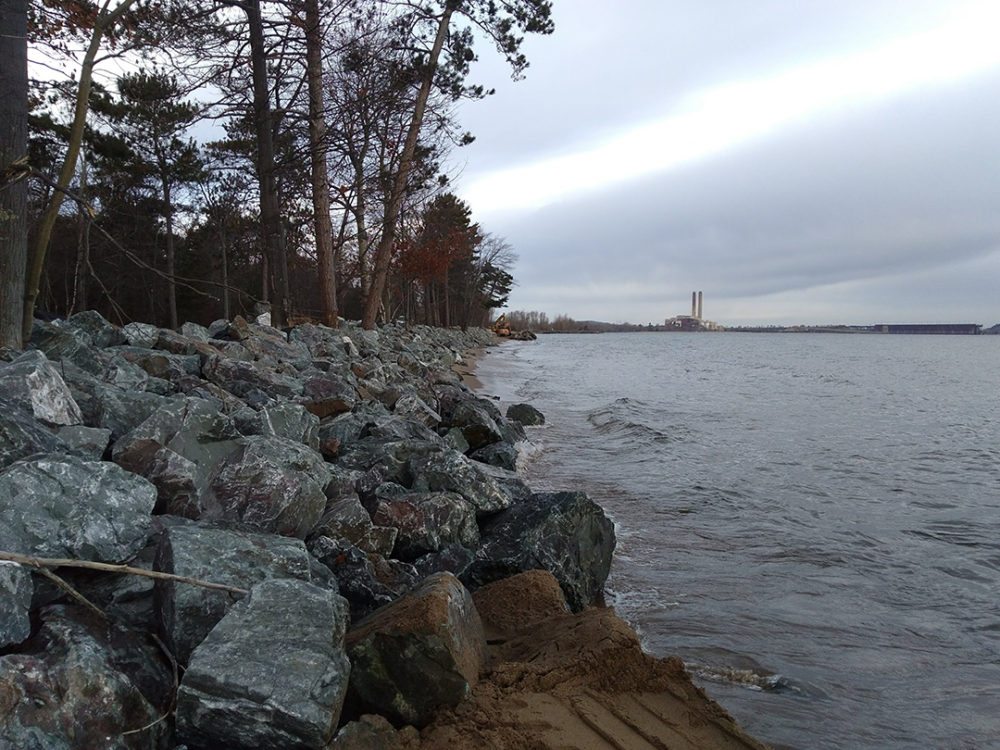 Hawley Street between Presque Isle Avenue and Lakeshore Boulevard was reduced to one lane traffic beginning at 8:00 a.m., October 22, 2019 for the construction of a new stormwater drain and the creation of new wetlands. The lane reduction will be intermittent and is anticipated to last through mid-November. Motorists and pedestrians are encouraged to use caution when traveling through this area.

The road was reopened on Wednesday, November 12 for two way traffic for the rest of the winter.  All underground work in the roadway has been completed.

Questions regarding the project can be directed to Curt Goodman, Director of Municipal Utilities at cgoodman@marquettemi.gov or 906-225-4055.

Rapid at-home COVID-19 tests are now available for free.Residential households in the U.S. can order one set of 4 free at-home tests from USPS.com. Here’s what you need to know about your order:· Limit of one order per residential address· One order includes 4 individual rapid antigen COVID-19 tests· Orders will ship free starting in late JanuaryOrder your test kits online: special.usps.com/testkits?fbclid=IwAR3eXtl09Mkw3K3G9jHSgLCZzNGUEV-zGEyZW5rBmmwiftjTeZnBD0V0Y4g ... See MoreSee Less

If you live on Prospect, Hewitt, Michigan, Arch, Ridge, Third, or Front please leave your recycling out if it was not collected. Two trucks experienced mechanical issues last night and they will be collecting any missed recycling along these streets tonight. ... See MoreSee Less
View on Facebook
· Share

Marquette City Manager Karen Kovacs will hold her next community office hours on Wednesday, January 12, from 10 a.m. to noon in the main floor conference room of the Peter White Public Library. The meeting is intended to provide an informal opportunity to discuss issues within the community, and to give citizens the opportunity for direct dialogue with City staff about interests and concerns. ... See MoreSee Less
View on Facebook
· Share

Tourist Park is now open to reservations for 2022! Please have patience if you are trying to make a reservation over the phone, this is the busiest day of the year for calls in Parks and Recreation. ... See MoreSee Less

The City of Marquette is accepting applications for a Motor Pool Technician. Applicants must have basic mechanical skills and possess a valid driver’s license and a State of Michigan Class A CDL with Air Brake and Tanker endorsements within 180 days of hire. Testing will be required. Applications and a complete job description are available in Human Resources, 300 W. Baraga Ave., Marquette, Michigan 49855 or online at www.marquettemi.gov. Applications will be accepted in Human Resources through January 14, 2022. ... See MoreSee Less

This guide was prepared to help everyone - from residents wondering if they need a permit to replace a fence, to design professionals acting as development consultants – to briefly acquire a basic u...
View on Facebook
· Share